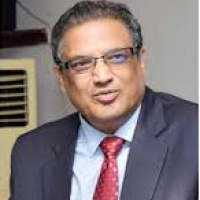 Sohail Warraich is one of the most credible and respected journalists and anchor in Pakistan. Sohail has been quite prominent in the journalism field being an analysis and television host. Sohail got popularity during a program called “Ek Din Geo K Sath” on which runs on Geo News. Sohail also used to co-host a show “Meray Mutabiq” based on political and current affairs category.

Warraich belongs to Khushab, a district of Punjab. He completed his degree of master in literature from Punjab University. Warraich started his career in 1985 at the age of 18 and started his journey through print media. Warraich is now a popular column writer who writes for Jang newspaper. Sohail has also written some books including his famous book “Ghaddar Kon or Qaatil Kon”.