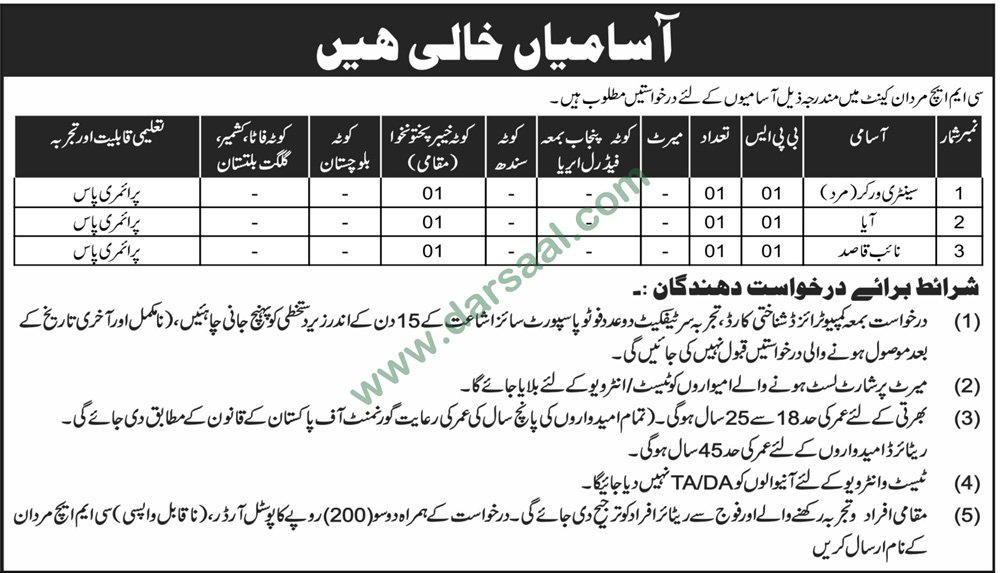 Last date to apply for CMH jobs in Mardan on Primary qualification for Aya jobs is 25 Aug 2019. Working hours for Aya in CMH are 8 Hours a day and 40 hours a week. Aya job is related to Hospital Industry Jobs.