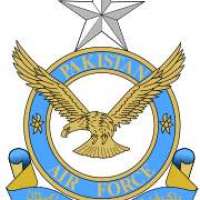 Air Force of Pakistan became part of the ministry of defense on 14th of August 1947, 71 years ago. The major objective of the Air Force of Pakistan is to defend country’s air boundaries. The PAF makes sure that the citizens live their lives with peace and free from any kind of fear. The employees of PAF are working hard to secure their country with the help of jet fighters. The main motto of the Pakistan air force is the symbol of Pride for the nation. It also provides air support to the Pakistan army and Pakistan navy.

Pakistan Air Force is providing jobs for both  men and women on a very large scale. Latest jobs of Pakistan air force have been announced in 2022. This air force job offers attractive salary packages and immense benefits. You can see the announcement of air force jobs on this page to apply online. These jobs are offered in all parts of the country like Karachi, Lahore, Quetta, Multan, and Faisalabad etc. Air force jobs are announced twice a year for the brave and enthusiastic youth of Pakistan.

Candidate has to pass these test stages for selection

After passing matriculation in science with 60% marks , candidate is eligible to apply for this post. You can join this post in the following aspects.

You can apply for multiple posts listed above after passing middle and matric degree.

Eligibility Criteria For Civilians in PAF:

Before 2003, women have been working in the air force in non-combat areas. But after 2003 women were allowed to work in combat areas like a fighter pilot and aerospace engineering in Risalpur PAF Academy. Doors of the air force are always open for the girl's youth of Pakistan. Women have been working very hard to provide their services for their country no matter what they have to face for it.