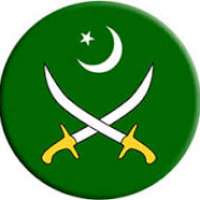 Pakistan army is playing a big role in providing vast benefits by offering tremendous jobs to the citizens of Pakistan. Pakistan army is offering jobs at different levels. Pak army announced the latest jobs for 2023. These jobs offer vacancies for the candidates who studied wither primary, middle or matriculation. They are also hiring girls for Pak army on a large scale. Civilians can also apply for various jobs offered in 2023.

Women of Pakistan are also giving outstandingly serving their country by joining Pak Army. Army Recruits people from Sindh, Punjab, KPK and Baluchistan. Most of the army jobs are announced in Lahore, Karachi, Faisalabad, Multan, Quetta, and Peshawar. Girls can apply for army job after completing graduation.

What are Benefits of working in Pakistan army?

What is the average salary for Pakistan Army jobs?

What is Compensation/Remuneration for martyred families?

How Chief of Army Staff (COAS) is appointed in Pakistan Army?

The chief of Army Staff is appointed by the Prime Minister of Pakistan and this decision is put on hold until President of Pakistan approves it.

Following are some job categories in Pakistan Army:

What are Pay Scales in Army Jobs?

How to apply for Army jobs in Pakistan?

What is PMA long course in Pak Army?

What are Age requirements for joining long course in Pakistan Army?

How do we know if we are selected for the post?

Once you have applied for the post, you will get notified via email or message etc. if you are shortlisted for the test/interview. After scoring passing marks in the test then you will get called for an interview. And after passing the required stages you will get higher for the specific post.